The business podcasts we can’t live without

How many times has a friend recommended a podcast and you’ve smiled, promised to give it a listen and then… done absolutely nothing?

Podcast peer pressure is real. Not surprising when you consider there are now estimated to be 750,000 shows available for streaming or download.

It can be hard to know which ones to try out and how long to stick with them.

So, Team Pleo would love to suggest the business podcasts that work for us. In most cases, they have done for a long time.

The common thread? Presenters who bring their personal passions and experience into every episode, making for a really engaging listen.

It can be daunting to dive into a vast back catalogue. So we’ve also picked out some starter episodes for you to sample.

We’d love if you checked them out – especially the ones we feature on. But no pressure, honest.

Host Andrew Warner’s show is proof that if you produce content regularly, with well-chosen and exciting guests, your podcast can build a dedicated audience.

Mixergy features interviews with entrepreneurs telling their stories and offering advice to listeners keen to build their own businesses.

Try this episode: Sometimes it’s thrilling to hear about a start-up journey you’re not familiar with. And other times you want to listen to what it’s like when Apple buys your mega-famous app.

So, yeah, there’s no getting around it. A lot of business podcasts tend to involve long-form but pretty unstructured interviews with entrepreneurs.

But the best ones – like the best of all podcasts – take that formula and put the presenter’s personality front and centre.

That’s where The Official SaaStr Podcast really stands out.

Harry Stebbings brings such passion, energy and enthusiasm to proceedings that it’s hard not to get swept up in the conversation.

In other words, it’s a great listen in the gym… but maybe not right before bedtime.

Try this episode: Our co-founder and CEO Jeppe Rindom was a recent guest on the podcast, something that made us really excited. But not as excited as Harry – check it out.

Many podcasts, like many start-ups, might begin as one thing, only to find a new direction with time and experience.

That’s what happened with Zig Zag, which initially focused on the personal story of two journalists setting up a new kind of media company.

It was a fun listen, but in later seasons, presenters Manoush Zomorodi and Jen Poyant have broadened the scope of their show.

Now it’s much more about significant issues: being female in tech, the future of work, burnout and more.

Try this episode: The presenters of Zig Zag love to burst bubbles of accepted wisdom. So this episode, which talked to a successful businesswoman who closed her lifestyle blog rather than sell it, is a great listen.

The Diary Of A CEO

Here at Pleo, we love transparency. Steven Bartlett, the host of Diary of a CEO, is just the same.

One recent episode saw him using his own diary notes to spin off into a conversation about managing the “hell” that running his business can sometimes be.

He talks about mistakes, about ideas that didn’t work.

But there’s so much inspiration to be found here too. Steven’s company is marketing agency Social Chain, which he’s grown from just “a laptop and a dream” to an international business with 700 staff.

Try this episode: “I Made A Mistake” – not surprisingly for a marketing whizz, Steven knows how to come up with killer titles for his episodes. This one is a great introduction to the guy.

“How can we fix work?” It’s a great question and something we love to talk about.

Bruce Daisley has found a really winning formula for turning that question into a business podcast that’s always a fun listen.

Recent episodes have looked at how football manager Jurgen Klopp builds culture, stories of teamwork wins at an NHS hospital and the role of laughter in the workplace.

Try this episode: There’s no one-size-fits-all approach to work, so it’s refreshing to hear a variety of methods aired on a podcast. “Honey I Hacked My Job” looks at the mixed results of people who tried to change their work routines.

More Than A Number

Brought to us by the Institute of Chartered Accountants of England and Wales, it’s a well-produced show hosted by financial journalist Louise Cooper.

But it’s also fascinating in an age of podcast saturation to see a branded effort that’s clearly got a strong editorial vision.

Try this episode: The role of numbers in the Brexit campaign comes under the spotlight – so if you can handle more politics, this is an excellent place to start.

Maybe the granddaddy of “behind the scenes” business podcasts, it’s in its final season.

But that might be its most interesting one yet: it takes us behind-the-scenes of Spotify’s acquisition of Gimlet Media.

Hear from the founders of Gimlet and the Spotify execs as they run through the deal, step by step.

Try this episode: If you’ve ever tried to pitch and felt it slipping away from you, you’ll appreciate the first episode. Cringe along with host Alex Blumberg – Gimlet Media’s co-Founder – as he listens back to his stinker.

Secret Leaders clearly put a lot of thought into identifying what guests have something special to offer.

There’s a real calibre on show with the guest they’ve chosen, from British royalty to investment gurus. The hosts’ research really shows in their questions too.

There’s no pointless time-filling on this show, it’s straight in with the good stuff.

Try this episode: How about an interview with world-famous photographer Rankin? Now that’s something very different from the usual business podcast episode.

“Some accountants can be boring, definitely not this one”.

Pleo can’t get enough of finance professionals who are finding new ways to change their industry. Darren Wingfield is definitely one of those.

It’s proof that podcasts can really shine when they know their niche. Darren speaks with experts in marketing, branding, AI and more.

It all comes together to make a really interesting picture of things forward-thinking accountants need to know.

Try this episode: So many accountants are starting to do more than just the “traditional” functions of the role. This episode about how they can help small businesses is a good introduction to how they’re doing that. 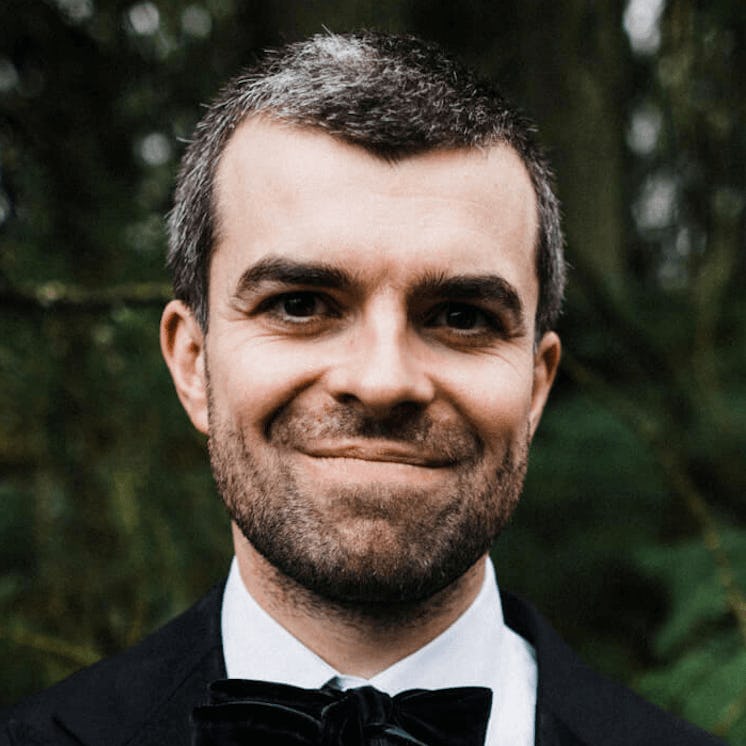