Super Human: Learning how to build trust in a team

Despite the fact it’s etched onto office walls, written in employee handbooks and featured in countless job postings – it’s an idea that’s trickier to put into practice.

It means stepping back, and for many leaders, that’s hard. Especially at a time like this, when the idea of trust has been really tested.

Trust is central to positive working relationships, helping teams to innovate and solve problems together. To cement your success as a business as well as a leader, you need to build an environment where trust flourishes.

Transparency is something that a lot of businesses possess during good times, but neglect when things aren’t going so well. Yet the importance of being honest (even when times are tough) is something that all trustworthy leaders recognise.

Whether the business hasn’t met its goals, or you’re letting a member of the team go, it’s important to have those conversations, and to be open to answering questions. It will minimise gossip and speculation, but more importantly, it’ll ensure that your team feels informed and part of the discussion.

This should, in turn, create a two-way dialogue.

Honest conversations when you fail to hit long-term goals is just one part of building trust.

Admitting to mistakes minimises the divide between senior leadership and the wider team, and demonstrates the “human” element that’s so key in establishing trust.

Equally, accountability is a really positive force in building trust, if you take the time to show appreciation for the work their team has done. Whether that’s when presenting a company update or offering direct praise, giving everyone their due helps people to invest more in work.

Instead of forgetting to thank your team – or worse, taking credit for their success – recognise the individuals who contributed and turn the spotlight on them.

Your team should always feel that you put them first, and will support decisions they make in terms of their development. One of the ultimate goals for any leader should be empowering their team to grow.

Often, this will be with their current company, but sometimes an individual may choose to look for pastures new. Instead of being disgruntled by this change, support your team member to make the decision that’s right for them.

You may have to hire again, but you will have made a positive impact on that individual’s career. And the rest of your team will see the support that you’ve offered.

Lockdown has afforded us all a better understanding of the different complexities that people face in their daily lives. Many have juggled childcare or looking after family members, while others were prevented from doing the most routine activities.

This has affected people in different ways and will continue to do so for a long time. But there’s something to be gained from this situation: Empathy.

Something that’s become more apparent is that a “one size fits all” approach is not the way to manage people. More than ever, we’re able to call into question whether adjustments could (and should) be made to accommodate people, in ways we’d probably not considered before.

One way to do that is to allow them to manage their working day based on output, not time in the office. Whether they prefer to get in the office early, or start work later, or if they’d rather work remotely – as long as they do their job to the best of their ability, that’s all you can ask for.

Don’t get caught up in the numbers, understand the people you’re working with, what personally drives them, and how you can help them maintain a healthy work/life balance.

You won’t be able to fully understand how good a job you’re doing until you get honest feedback. And there’s no better way to do that than through a survey, where you will get anonymous feedback on areas such as communication, support, and the working environment.

Regular surveys are even better, allowing you to track trends and progress.

You must act on the feedback as soon as possible – whether that’s securing some “quick wins” through small fixes, or communicating back to the organisation about the changes that you will be making over the next few months.

You should also invite questions in sessions such as all-hands or town hall meetings.

It’s a great opportunity for people to raise concerns or questions in a safe environment. If you’re doubtful that people will speak up, allow anonymous submissions prior to the session. That way, people feel comfortable asking the tougher questions and you can tackle concerns head-on.

But if you create a working environment that enables trust through transparency and understanding, and lead with empathy, you’ll find that trust soon builds. And stays. 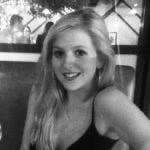