NEW: Have multiple entities? Manage all your spend in one place. Learn more.

The lowdown on professional subscriptions HMRC approves of

Pleo + TravelPerk = the smoothest business travel there is (probably)

We need to see more women in sales. That’s the pitch

The realities of gender disparity across multiple industries, from engineering to financial analysts, is a bleak one. But it’s even more prevalent in sales teams. Although women make up more than half of the global workforce, they represent fewer than one-third of all B2B sales teams and one-quarter of all B2B tech sales roles.

Ok, enough with the stats. Let’s dig into why this might be happening.

Ringing the bell on unconscious bias

Just like any other male-dominated industry, one of the largest bridges women have to cross is overcoming bias and stereotypes — a bridge women didn’t build nor should have to cross alone.

Picture a sales team. Does it look like a scene from The Wolf of Wall Street? This idea alone is enough to put people (men and women) off from working in that environment. Now, we’re not saying all sales teams work like this, but the typically-aggressive and highly-competitive nature often associated with sales attracts more men.

“I believe that ‘aggressive’ is a misconception and sometimes a generalisation of all sales teams. The culture of a sales team is usually a reflection of the leader and the company culture as a whole. If there is a cutthroat and sharp elbow culture in a team, it will be the same in the whole company, not just in the sales team,” Sara Brooks, VP of Sales at Pleo says.

It’s this unconscious bias that weighs against women on the sales floor. Preventing them from getting promotions, receiving unsolicited advice on job performance and ultimately earning lower salaries. An environment like this doesn’t attract most women and underrepresentation is a major player in why the gap persists today.

And we’ve got the numbers to back this up. A Global Women In Sales Survey found that 27% of women sales leaders reported being treated differently because of their gender, compared to exactly 0% of the male sales leaders.

It’s not about ticking boxes. Diversity is good for business

It’s been proven time and time again that diversity is good for business. It brings broader thinking. It means bigger revenue. It means higher productivity. It’s a no-brainer.

And this speaks true to gender-diverse sales teams too. Did you know women in sales outperform their male counterparts? A recent study found that 77% of B2B women salespeople met or exceeded their targets compared to 63% of men in sales.

“In the last 18 years, I’ve seen that women working in sales are often just as good or even better than men in the role. It comes down to being a strong communicator, relationship builder and business savvy, all skills that come naturally to women,” Sara says.

Despite company performance improving with more women on teams and companies making diversity a priority, the pandemic has caused lasting damage to women’s workplace gains. Among the layoffs, pay cuts and lack of new job postings disproportionately affecting women, there are the hours of unpaid labour caregiving at home that typically falls on women’s shoulders.

McKinsey found that women are 1.5 times more likely than senior-level men to think about downshifting their role or leaving the workforce because of the pandemic.

What can be done to attract and retain more women in sales?

Here at Pleo, we actively seek to have at least a 50-50 representation in all of our teams, company-wide.

“Pleo’s sales team is currently 42% women,” Sara says. “We historically saw no women in our entry-level BDR roles. But after a very active push for more gender diversity, we did a U-turn in our UK market and now it’s made up of 80% women.”

Gaps are there to be closed. And there’s plenty more we, and other companies, can be doing more of to both attract new talent and retain the talent they currently have on their teams. Sara offered a few ways you can start the process today.

Offer mentorship programs. Not only will this help establish a community within your company, but it’s also great for knowledge-sharing and learning ways to thrive in their role. Mentors can help other women in the company by serving as a resource when they need to discuss challenges women specifically face.

Promote your female salespeople. The main way to keep your talent is to keep the door open for growth and further opportunities. Making sure your company provides a clear growth path for everyone will help increase diversity company-wide. And we all know what happens when we have more female-led sales teams. (Hint hint: better performance). Also, you can’t be what you can’t see. With more female leadership, this shows your other women workers that there’s opportunity.

Avoid ‘masculine’ language in your job ads. Now, this isn’t about ‘ticking boxes’. But it’s crucial to set explicit goals when recruiting for your sales teams. Another thing to keep in mind when you’re looking to hire more women is to be careful of the language used. Typically, sales jobs contain more masculine language, such as “competitive” or “dominate”. Instead, use gender-neutral language such as “customer-focused” and “succeed”. There are plenty of tools out there to help spot those gendered words, one example is Datapeople.

Offer coaching. This applies to both men and women. This could be in the form of teaching your male salespeople about unconscious bias, breaking down stigmas and how it can affect diversity numbers. For your women sales team, this could be bespoke to individuals.

Show off your diverse teams. Another way to attract more applicants of all genders and backgrounds is to publicise your diversity efforts. This doesn’t mean buying stock images and plastering them on your job ads, it’s crucial that this is done in an honest and authentic way. This can also be done by adding a diversity and inclusion statement in all your job ads, and listing the ways you have committed to making change.

These solutions here are just the beginning of a long journey. And it’s a journey we at Pleo are part of too. It’s down to company leaders to create inclusive cultures, policies and processes to make change and change those gender disparity stats we covered in this blog post.

It’s not an easy process, but it’s an essential one. 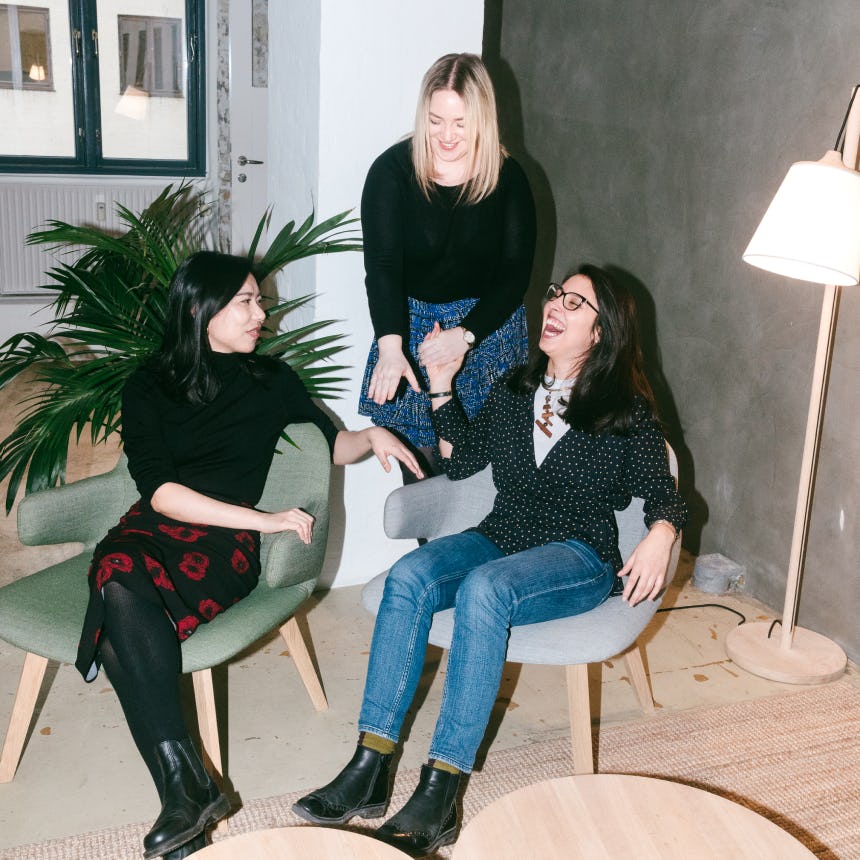 Want to know more about working at Pleo?

Learn more about how we hire, and the magical teams that make Pleo what it is today.

Take a peek under the covers
Tags:
Values & belonging, Leadership